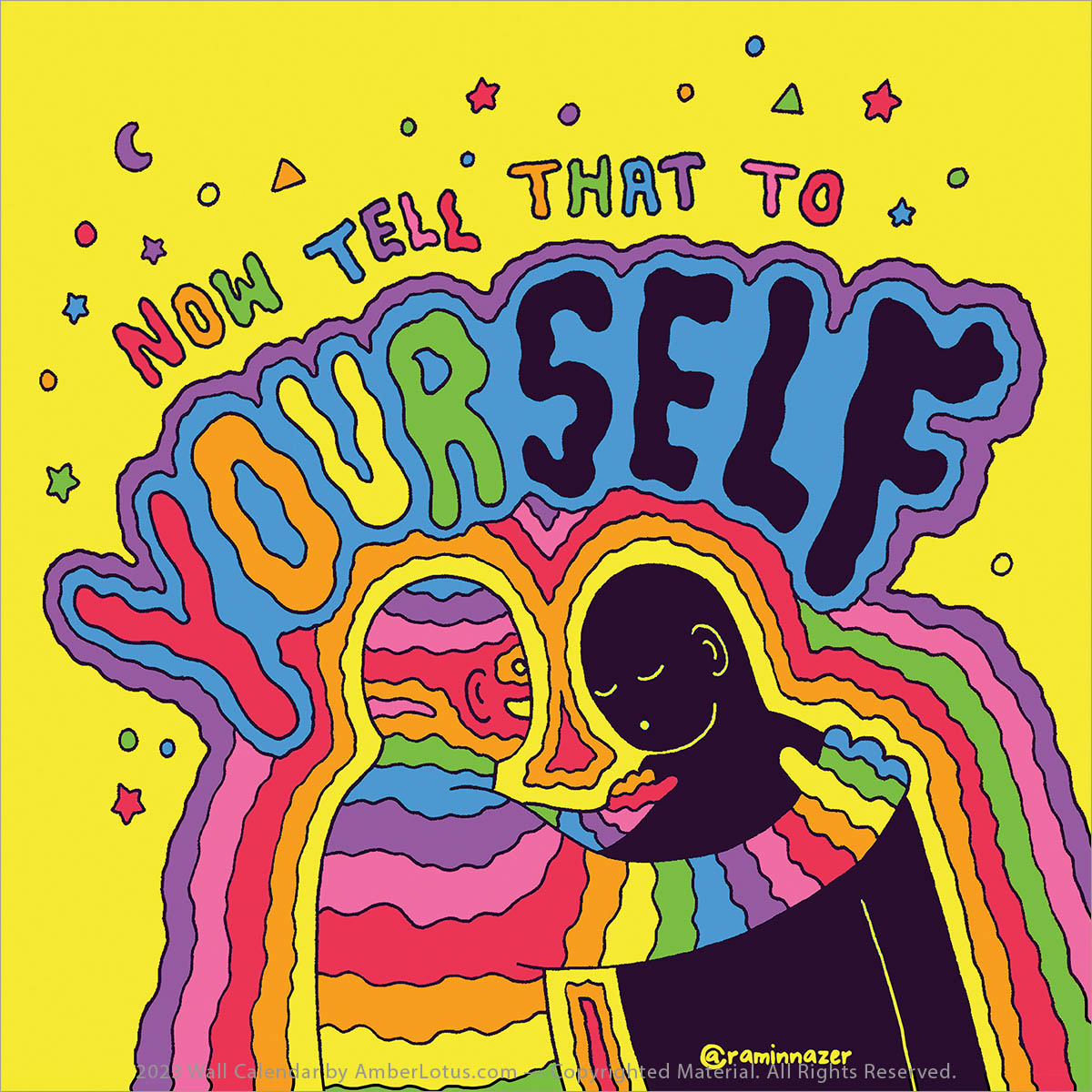 Based in Los Angeles, artist Ramin Nazer is also a comedian and the author of After You Die, Infinite Elephants, and Cave Paintings for Future People. He has been a featured guest on The Late Late Show on CBS and has appeared on Comedy Central’s animated series Tales from the Trip. Ramin interviews different creatives every week on his art podcast, Rainbow Brainskull, and on his science and philosophy podcast, Mind Under Matter, with cohost Shane Mauss. You can purchase his books at raminnazer.com and follow @raminnazer on Instagram for new comics. We have published his Rainbow Brainskull 2023 wall calendar.